The Ride from Death Valley to Kernville

Man...what a run it's been so far. We've seen some amazing stuff between home base and Death Valley, and spent some time within the national park checking things out and showing the young guns what's up! Being able to ride with them and bring them to places like these is always a great experience, and they get to learn a few things in the process! The open road is always an adventure! Although it was already day 2, the adventure was just getting started, and we were excited to get out on the road! 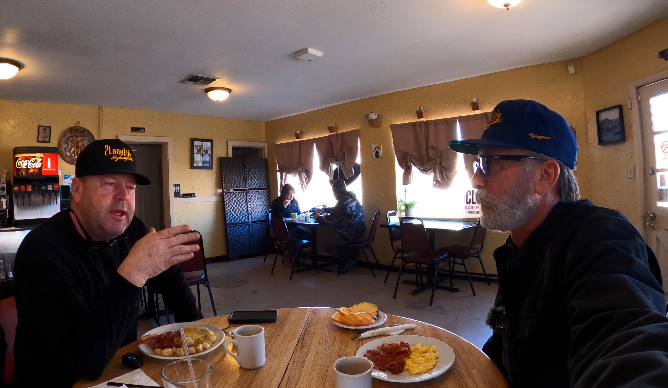 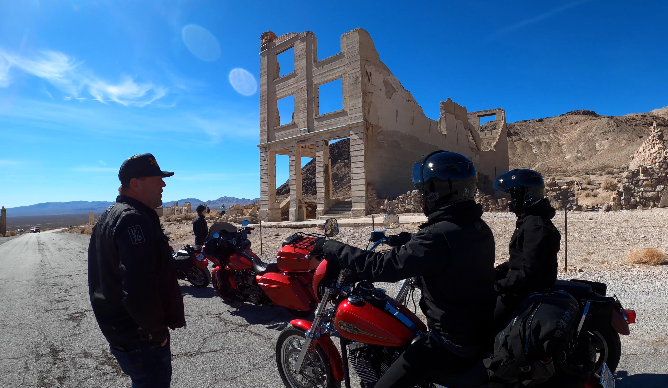 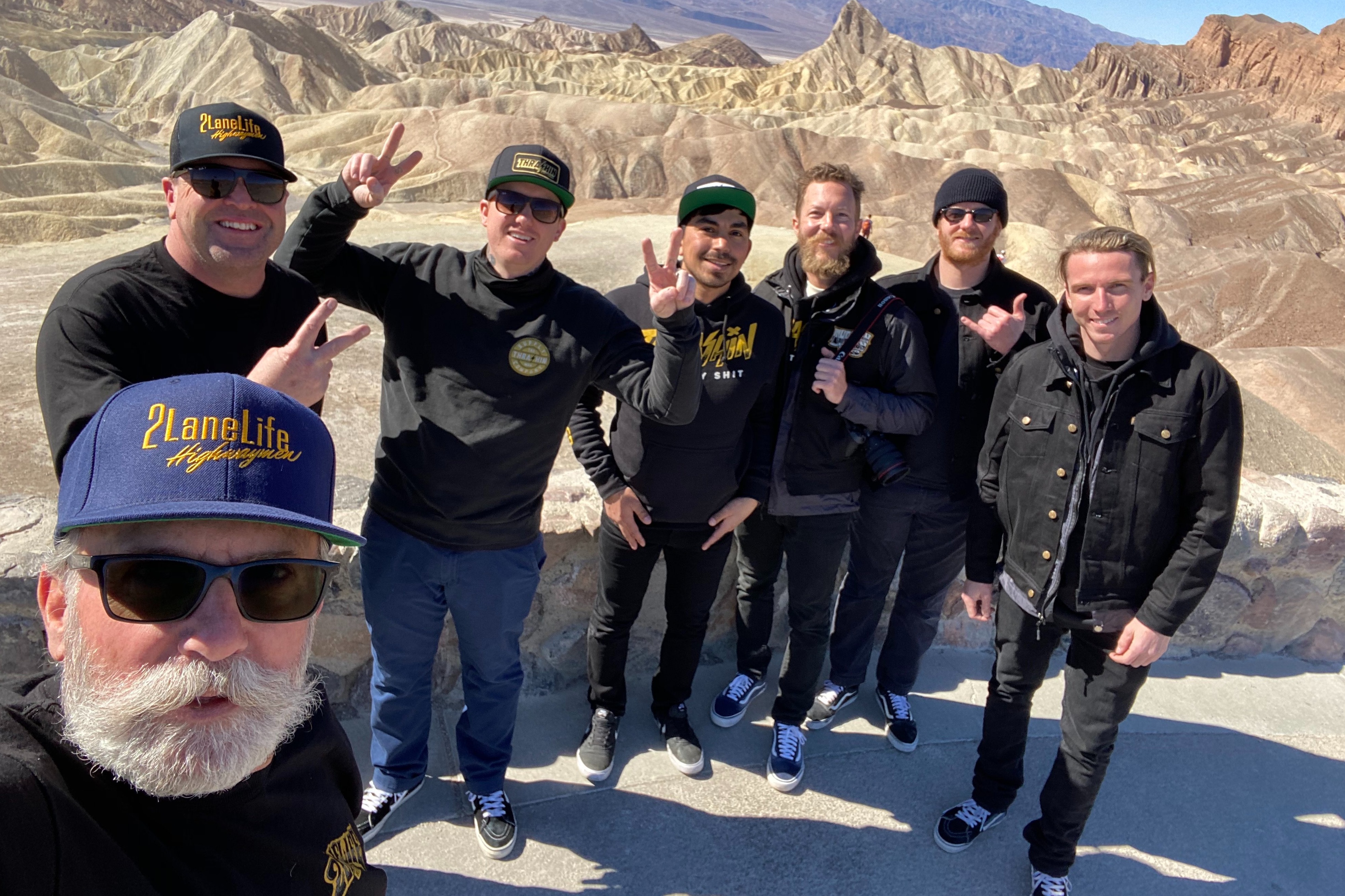 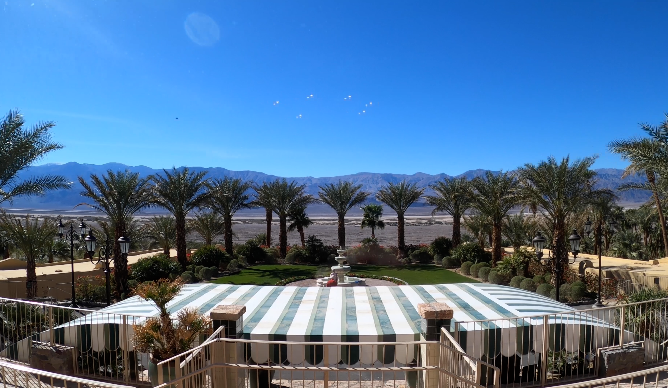 The two of us got up early and decided to walk up the street to grab some coffee and breakfast while the boys got their beauty rest, and we ended up at Gema's Cafe, which we had eaten at during out last stay in Beatty. We had some great breakfast and discussed our plans for the day, deciding where to take the guys. We walked back to the motel, and one by one, the dudes came out of their rooms, got their motors running, and packed up for another full day of riding.

The first landmark on the list to show them was Rhyolite Ghost Town, which is just a few miles outside of Beatty. The old mining town has some pretty interesting history. In the 30 mile area, there were over 2,000 claims, which prompted everyone to move to the Rhyolite townsite. The town immediately boomed with buildings springing up everywhere. Electricity came to Rhyolite in 1907, but just 9 short years later in 1916, the power was shut off and the town was deserted shortly after. It's pretty crazy to think that this was not the only place this occurred, and it makes for quite the landmark to explore. The guys found it interesting, and even sat still for a few minutes while we shared some knowledge!

Up next on the route was Zabriskie Point. Zabriskie Point is an elevated overlook of a colorful landscape of gullies and mud hills at the edge of the Black Mountains, just a few miles east of Death Valley. We walked up the hill to the viewpoint, and shared a little bit about the area, and everyone was stoked on the view! Despite being in the desert, the surroundings are still extremely vibrant, and layered mountains can be seen off into the distance past all of the gullies and interesting structures down below.

After this, we would begin our journey to Kernville, but we had one last stop to make on our way out, which was the Death Valley Oasis. The Oasis is a luxury hotel within the heart of Death Valley, with a bar, restaurant, pool, hundreds of palm trees, and an epic panoramic view of the valley. We stopped inside to fuel up with some snacks and drinks, and did a little exploring. Gaylin even led a couple of the guys through a hidden tunnel which leads to the lobby.

Our next stop after the Oasis would be Ridgecrest California. We took Highway 190 out of there before getting off at the Ridgecrest turnoff, where we climbed up a windy road up towards the town. Once we reached Ridgecrest, we stopped to top off the tanks as some of the FXRs didn't exactly get the best range, and got on our way to Kernville. We headed off, and soon landed on the 395. The road was wide open, the sun was just starting to come down, and we were having a great time on the open road!

As we got off the 395 and entered the canyons, we found ourselves riding along the foot of the surrounding mountain range with the sun peaking just over the hills. Right after the sun had set, we pulled into the town of Kernville where we would be staying the night and meeting up with another Young Gun, Dom.

We unloaded the bikes, checked into the Kernville Inn, then walked down to That's Italian for some killer Italian food before checking out some bars! Afterwards, we sat down with the guys and interviewed them to try and capture their thoughts on the trip, and just riding in general. It was really interesting to hear their takes on everything, whether it be exploring Death Valley, specific landmarks, or just their perspective on traveling on two wheels. 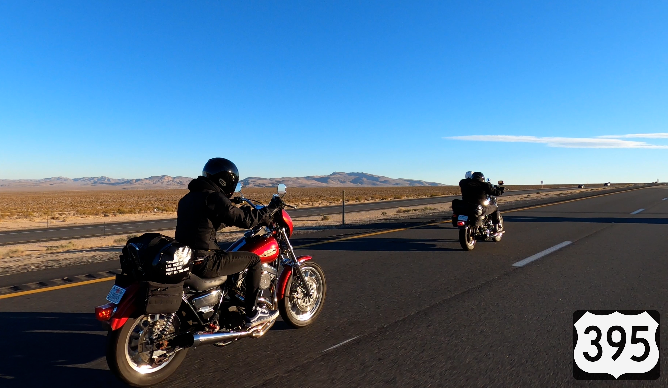 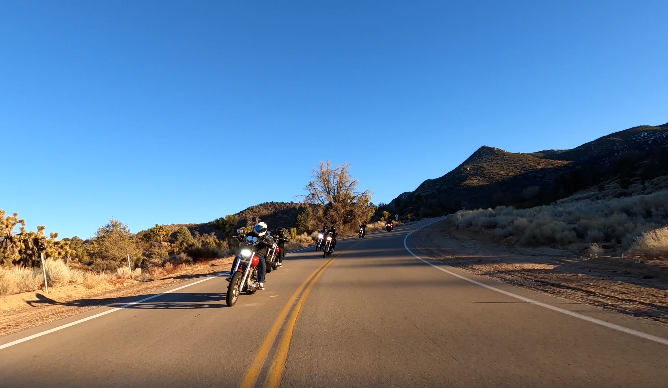 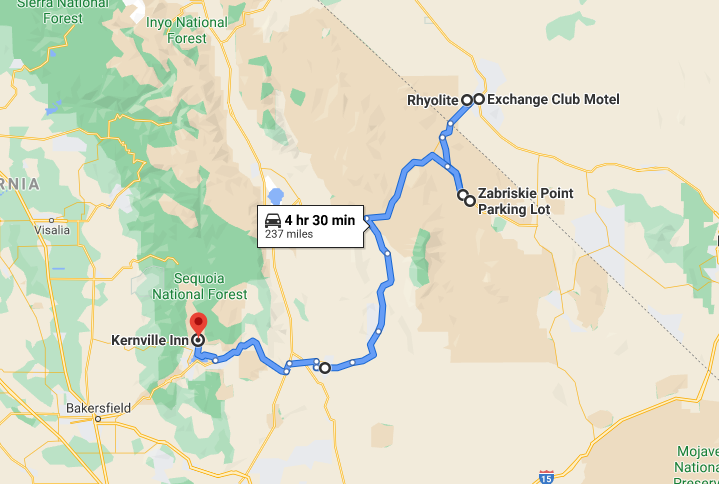 Regardless of the direction you're coming from, there should be some epic views along the way! Be sure to always check to road conditions and closures, and be cautious when traveling.

Overall, it was a great day of riding, and we were happy to have made it to one of our favorite places within a few hours of home. We had an awesome time showing the guys some historic landmarks within Death Valley, and enjoyed the scenic ride into Kernville. The next day would be another great day of riding on our way out from Kernville, and just another day on the 2Lanes! We hope you guys enjoyed watching episode 2 of the journey. Stay tuned for episode 3!!