Riding From Home Base to Beatty, Nevada

We do a heck of a lot of riding by ourselves, so it's nice to get out with a group here and there! The last time we went on a young gun run with the "kids" was back in July of 2020, so we were due for another rip! A nice Death Valley loop seemed like a great ride to show them in the time we had, and we made a killer weekend out of it. We all met up at the Thrashin headquarters in Canoga Park, California, and eventually got on the road around 11 to make our way to the 2Lanes. Our goal for the day was to make it to Beatty, Nevada which is right outside of the national park. 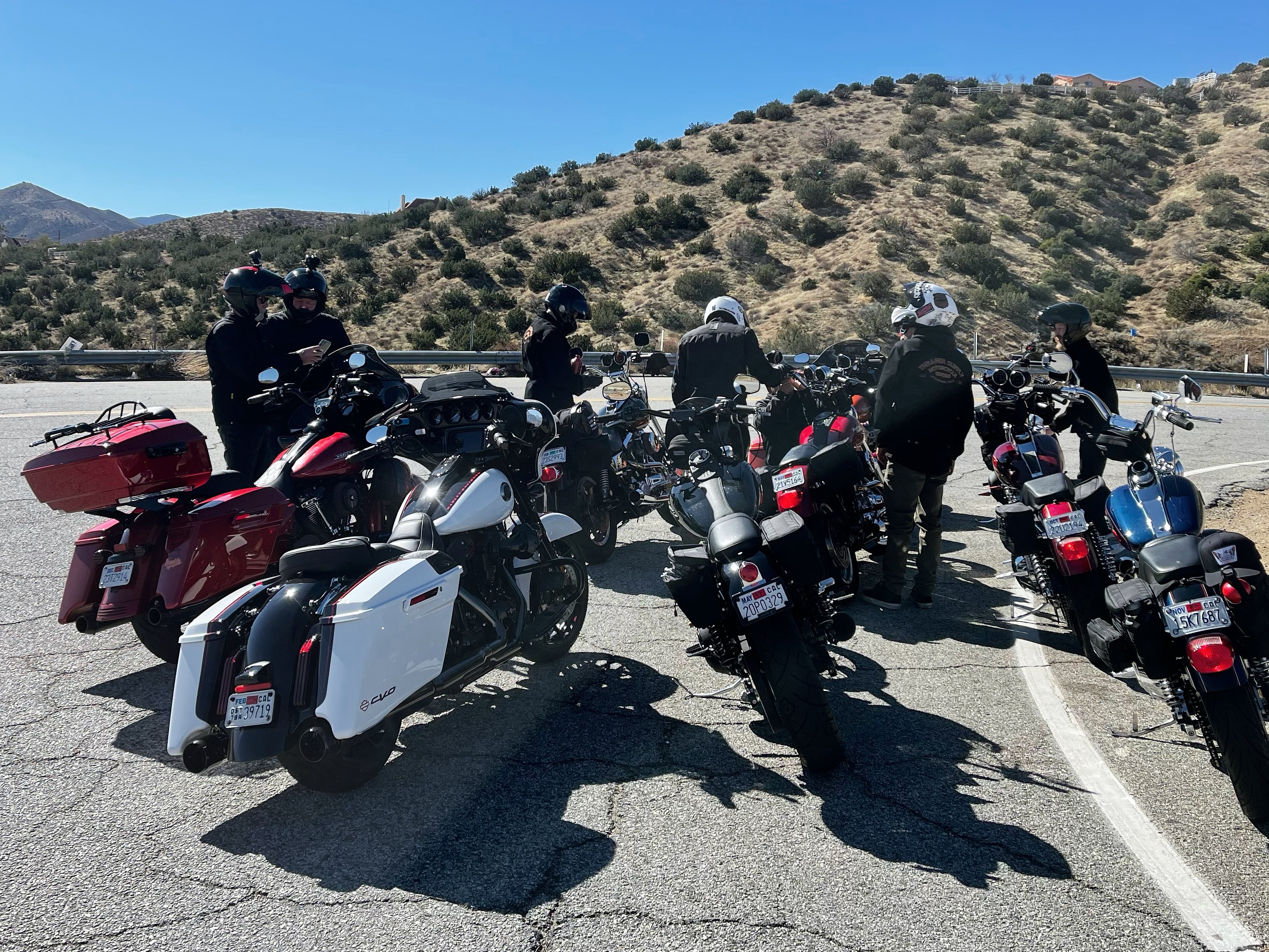 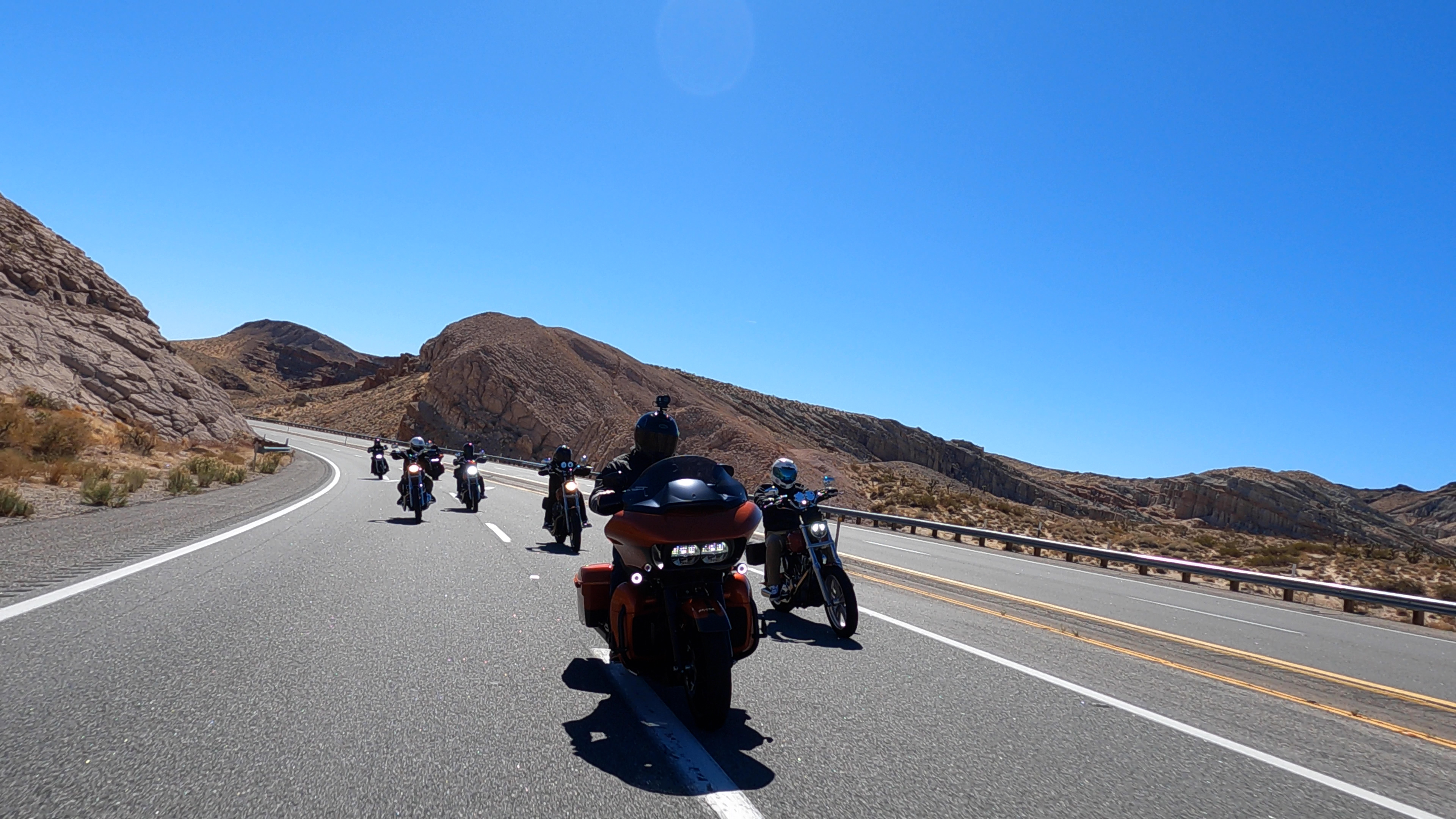 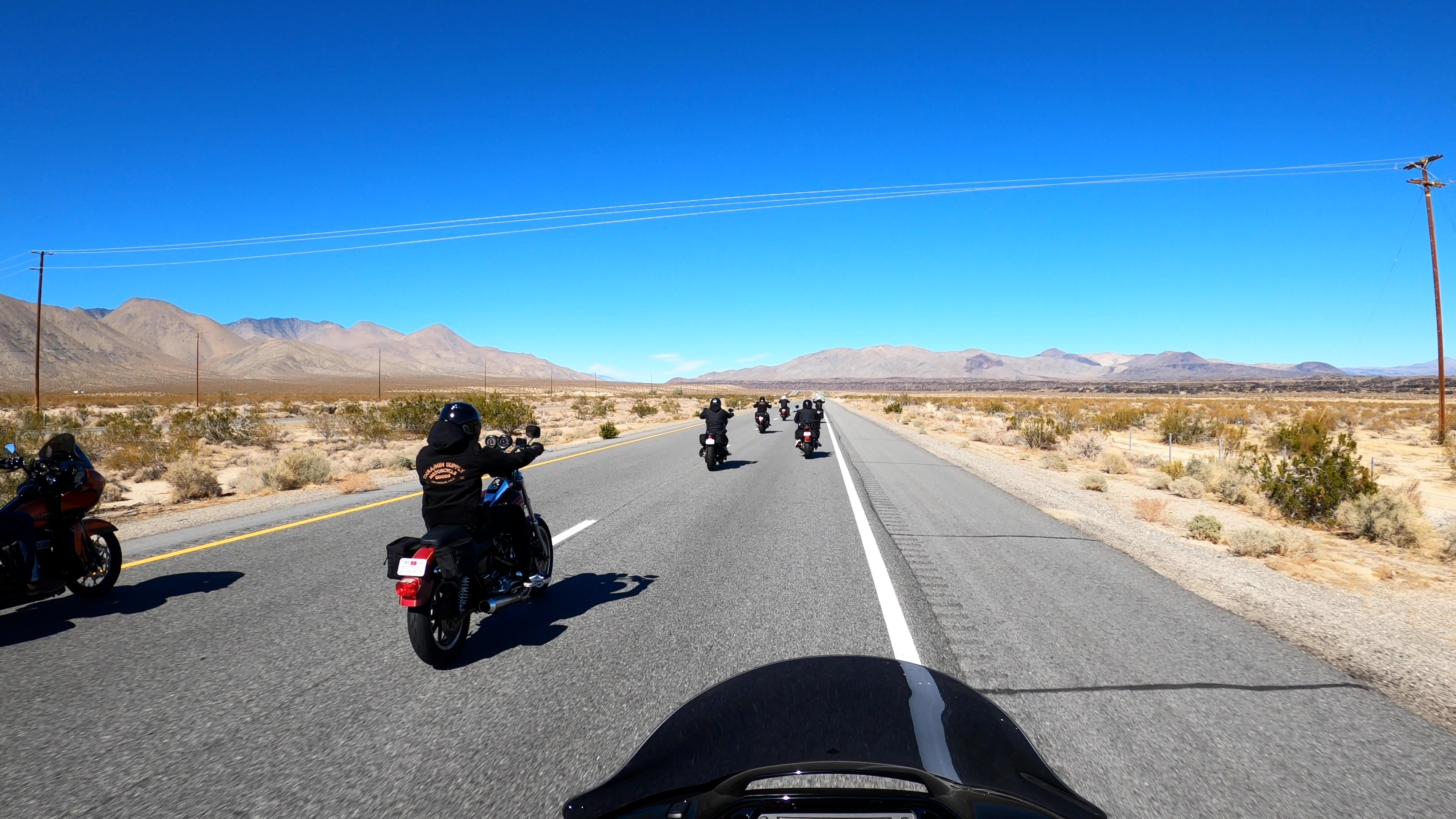 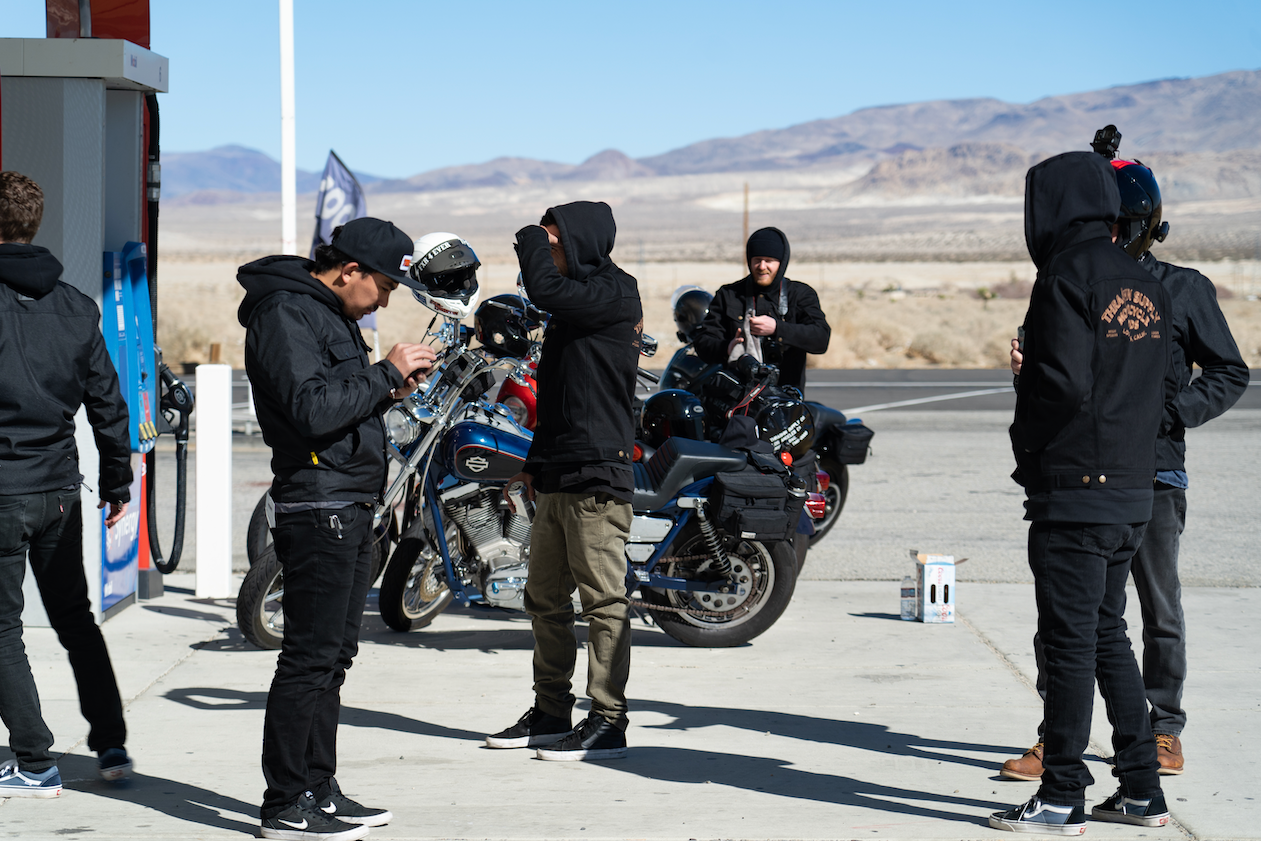 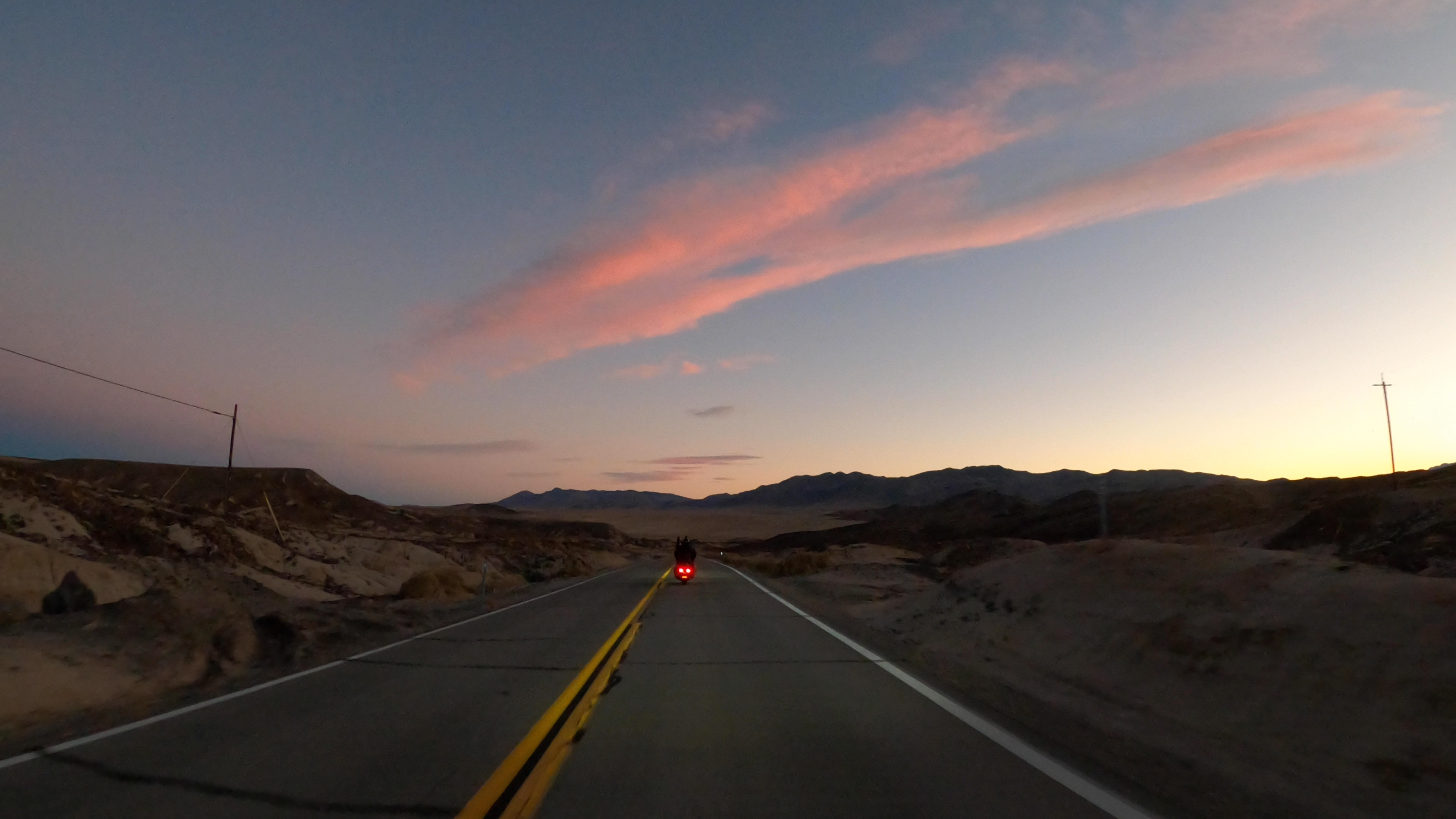 We almost made it a solid hour before someone needed to pull off the road in Canyon Country. You never know with the young guns! A few of the guys were used to riding their baggers on trips like this, but since they all decided to ride their FXRs with no fairings, they got a little cold and had to pull off to layer up. Our first planned stop was in Mojave, and we made it there soon after. When it's just the three of us, gas stops can be pretty quick, but when you're with a group like this, things might take a little longer..

We hopped back on the bikes, and took the 14 out of Mojave onto the 395, which would take us to our next stop in Olancha, California. The highway was nice and open, and we were able to all spread out and enjoy the changing scenery as we gained some elevation. Once we spent a little time on the 395, we began to see more rock structures and diversity within the landscape compared to our time spent on the 14.

There's something about riding in a group, especially when they're all good dudes, that gives the trip some extra excitement, and we were stoked to be on the road with the boys! Not to mention, we were able to show them some awesome new places in the process. We made our last stop before Beatty in Olancha to fill up the tanks and grab some snacks, and just like the stop before, it wasn't exactly quick, but we at least had a good time! Being that we had just under 300 miles to cover for the day, we were in no real rush to get there, and all had a good time messing around and enjoying the stops.

From the 395, we hopped on the CA190, which is a beautiful stretch of road that we would take essentially all of the way into Beatty. Technically, the 190 could take you all of the way to the Death Valley Junction, but since we were staying in Beatty, we headed north-east on Daylight Pass Road, which turns into the 374 after crossing into Nevada. Unfortunately, after just a few miles on the 190, there was a miscommunication between riders, and in order to avoid a collision Josh had to hit the brakes pretty hard in a patch of road covered in gravel and went down. Luckily, he was all geared up in a kevlar lined jacket, and was able to walk away from it, but being that the front axle of the bike was damaged, we could not say the same for the bike. The guys headed off to Beatty to make it there with some day light, and we hung around and waited for the tow truck to come pick our dude up. It's a bummer when things like this happen, but it's always a good reminder that anything can happen on the road, especially when traveling in groups.

We got back on the road just in time to catch an absolutely epic sunset as we passed by the Olancha sand dunes and headed into the valley. As the sun completely set, we had entered the windy sections of road passing by the Father Crowley Overlook and on towards Panamint Springs. After getting through that section, most of the route consisted of straights and long sweepers, and we took our time getting into town.

We pulled into the Exchange Club Motel, which has been our preferred stay in town for years, then met up with the guys to go unwind and grab some drinks. We took them right across the street to one of our favorite spots, the Happy Burro Chili & Beer, which is probably the smallest bar we've ever seen, and enjoyed some drinks and award winning chili before dinner. It's always a great feeling arriving at the destination for the day, relaxing, and reflecting on the miles covered and great times had.

After hangin' at the Happy Burro for a bit, we walked across the street to Smokin' J's BBQ, which is our new go-to for dinner after giving it a try on our last ride through Death Valley. The owner J, has been BBQ'ing in town, smoking meats for years, and recently built the location he's at now, serving the town. We enjoyed some various smoked meats, forgot to record our plates, and even had some fans ask Cole for some pictures. Like we said, you never know what you'll get on the road! 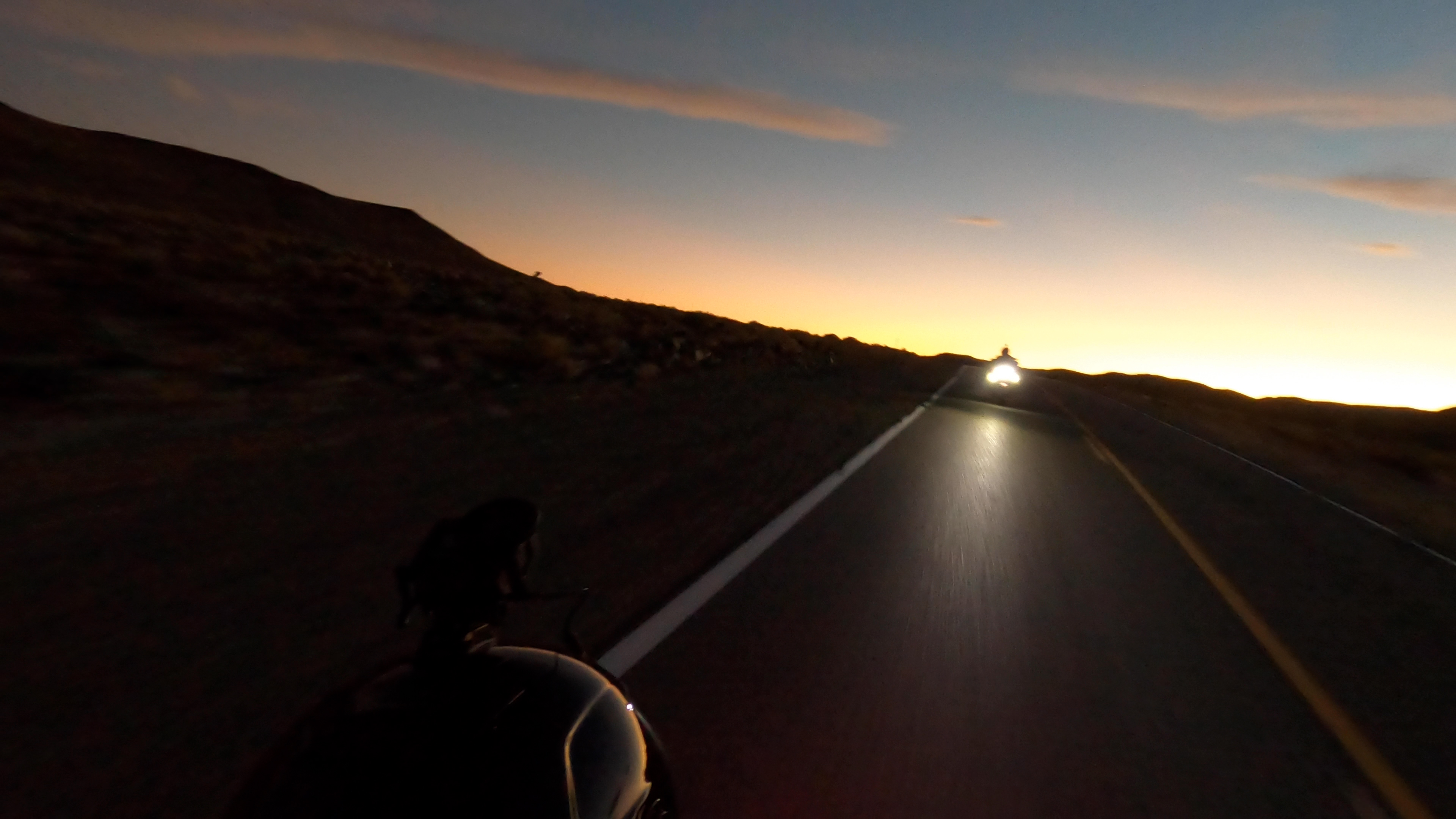 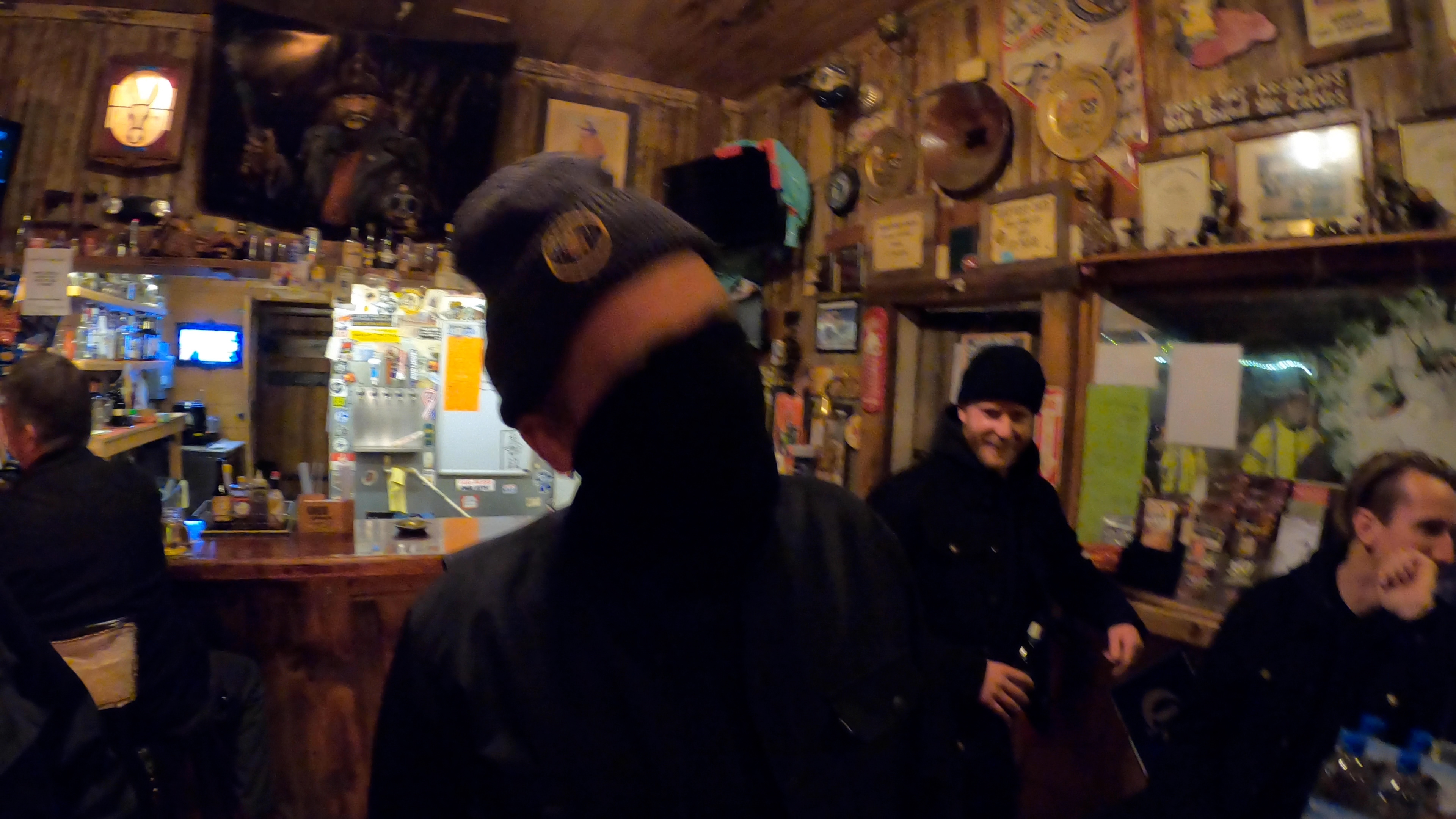 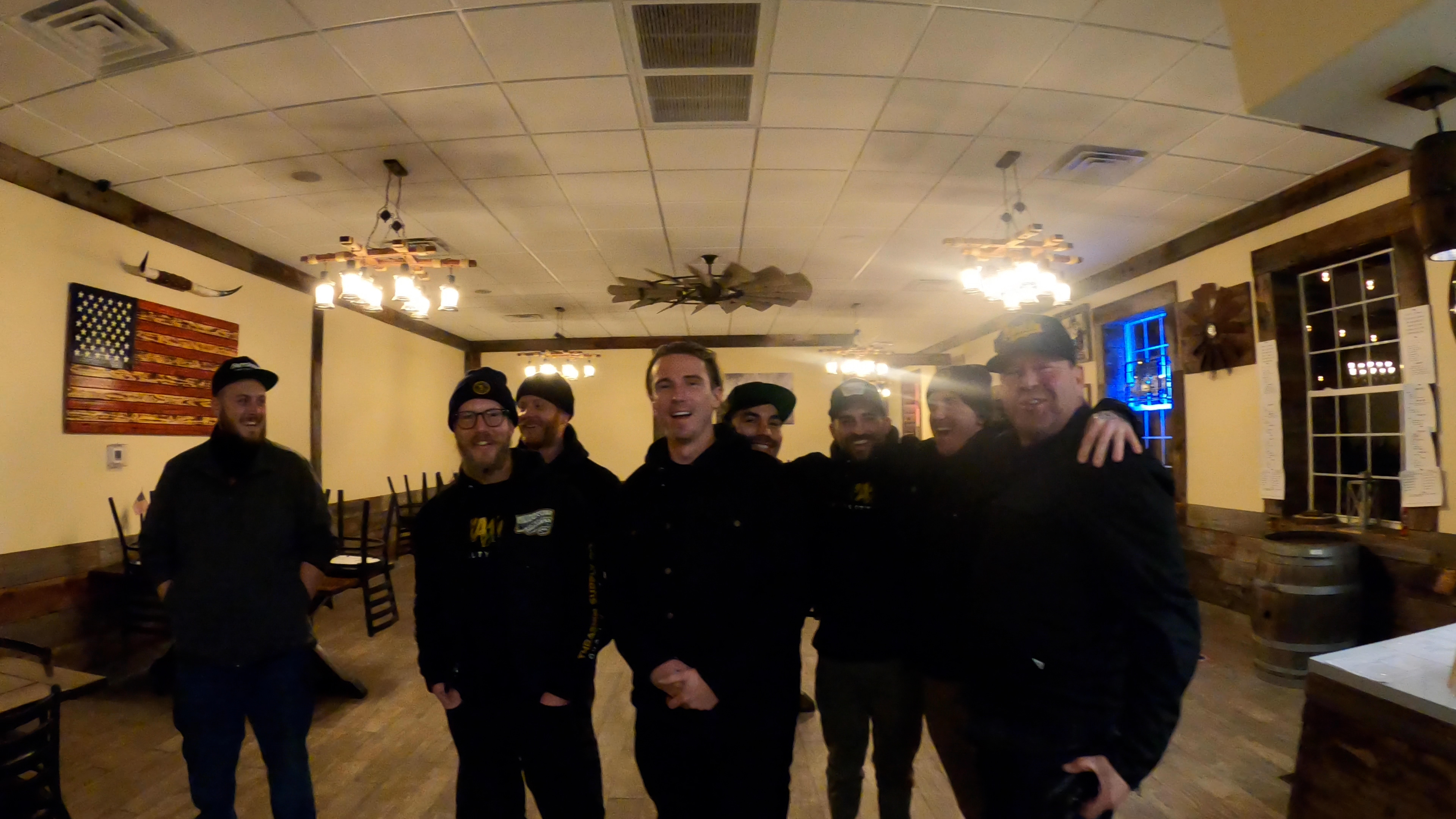 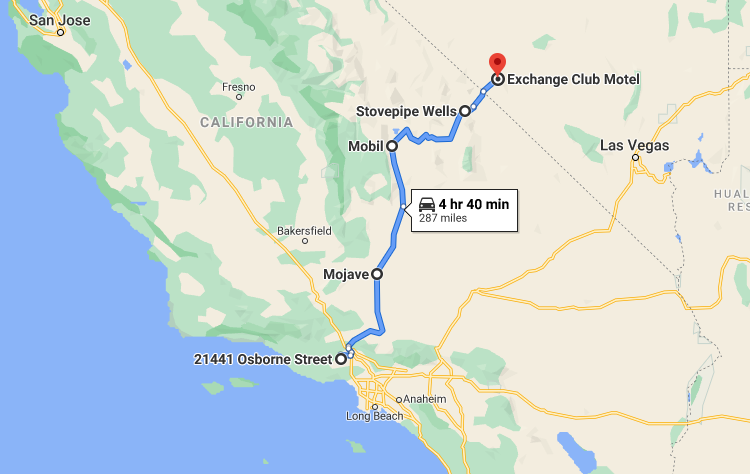 Regardless of the direction you're coming from, there should be some epic views along the way! Be sure to always check to road conditions and closures, and be cautious when traveling.

We ended up back at the Happy Burro, and enjoyed ourselves before heading back to the motel to get some rest. Overall, we had a great first day on the road and were excited to take the guys through Death Valley and on to Kernville the following day, for some great riding, interesting history, and good eats!