Close
A PORTION OF PROCEEDS FROM ALL 2LL DRINK WARE WILL BE DONATED TO THE FIREFIGHTER CANCER SUPPORT NETWORK
Home / Rides / Southern Utah Run - Days 1-2 L.A. to Moab

This trip to Utah was something we had been looking forward to for quite some time, and we were stoked it was time to get rolling! Our route was generally planned out, but we weren't stuck to our original plans and would go wherever the road would take us on the way to Moab. Day 1, we just burned it to St. George from Los Angeles, so we didn't do much filming as it was all highway miles through our usual way out of California. We pulled into St. George, checked into the Hampton Inn on S River Road right off the I15, then walked down the street to get some dinner! 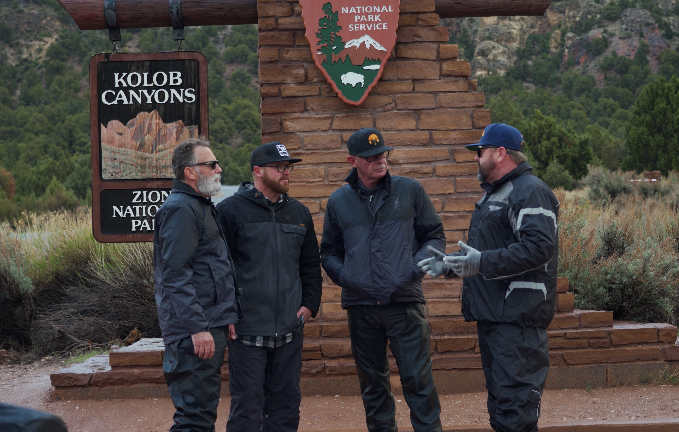 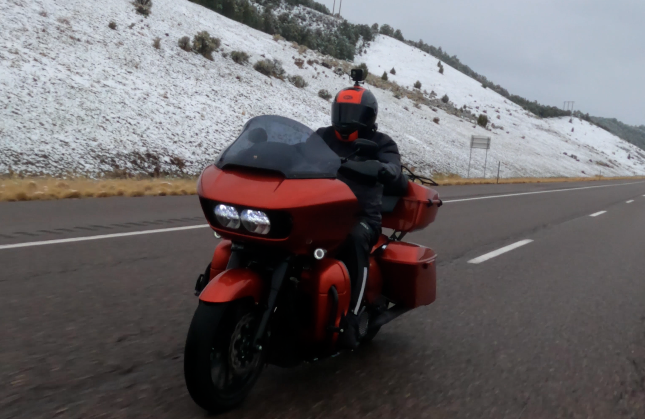 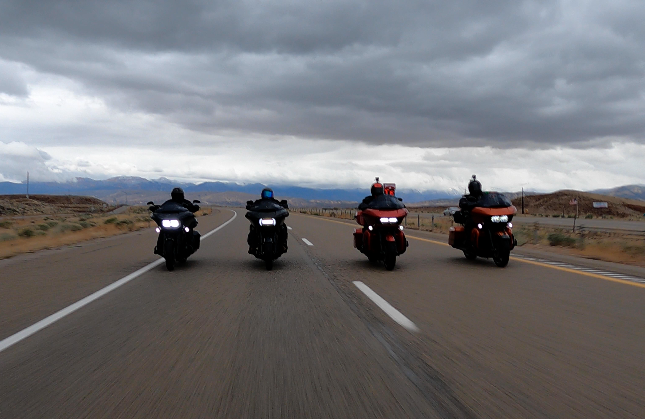 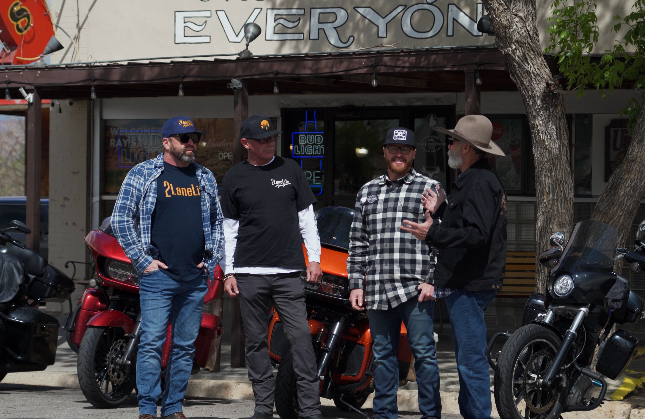 Ryan Shaw, who has been following our journeys since the beginning, lives in town and reached out, and ended up joining us for a few drinks. Long story short, he decided to bring his dad Mike and join us on our ride to Moab the next day!

We got up, grabbed some breakfast right by the hotel, then met up with the guys to top off the tanks before heading out!

It had rained the night before, but it seemed like things were clearing up so we got on the highway without putting on rain gear. Just a few minutes in, we learned the hard way that things can change in the blink of an eye. Just a few miles in, once our jeans were already wet, we pulled over on the side of the I70 in a safe location and threw our gear on like we should have in the first place. as we headed east, we gained elevation, and eventually ran into some colder temperatures as we entered into Joseph, Utah.

The rain turned into snow with the occasional section of sleet, but we kept the miles rolling and were glad to see that Ryan and Mike were pushing through. Although it was snowing while we rode, the road was mostly clear of snow and ice, so we were able to keep the pace up. As we continued on, it went back and forth between sections of sun, rain, and snow, and as it eventually cleared up as we approached the town of Green River, Utah.

From St. George to Green River is about 280 miles, so after an exciting first leg of our journey, we decided to kick back, relax, and get ourselves a great lunch! We landed at Ray's Tavern right in town, and got ourselves some amazing burgers at the good 'ol 2Lane joint! Everyone there was friendly and welcoming, and they even had us throw some stickers up inside the bar! These are the kind of spots you just don't see when stopping in big cities! We enjoyed our food, warmed up for a bit, then got back on the road on our last stretch of road into Moab.

It was just over 50 miles into Moab, so we had less than an hour until reaching our stay for the night. We enjoyed some views of vast valleys from the I70, and as we approached Moab, we started to see the iconic towering rock structures off in the horizon.

As we entered Moab, golden hour was approaching, and we decided to head down a side road leading to Dead Horse Point State Park to do a little exploring in perfect conditions. The UT 279 runs right alongside the Colorado river with massive walls of rock right next to the road. It was a pretty spectacular experience, and the perfect way to end an eventful day of riding. We cruised down for a little while, just enjoying the views the 2Lane had to offer, and caught some shots along the way. We pulled over to soak it all in and hang our for a bit, and just before the sun began to fall behind the rocks, we headed back into town.

It was great to see Ryan and Mike experience a new ride and the scenery that came along with it, and we had a great time heading into town for our last few miles of the day. We pulled into town just as the sun was beginning to set, and settled in to the Apache Motel. While by no means modern, the owner said we'd at least have clean, comfortable beds and a hot shower...and after a long day of riding, that's about all one could ask for!

We unpacked the bikes, cleaned up, then met up with Josh's buddy Justin from college who now lives in Moab. He showed us around town, and we ended up at one of his favorite local spots, the Spitfire Smokehouse  for some drinks and great BBQ!

From riding with new friends, to seeing all types of weather in various terrains, it was a day to remember, and being able to capture and share all of it made it that much better. We chopped it up with the guys and reflected on the day's journey, and it was interesting to hear what they had to say about actually being in the video and watching it being filmed compared to just watching them online. We were grateful to be able to share that experience with them, and had a great time doing so! 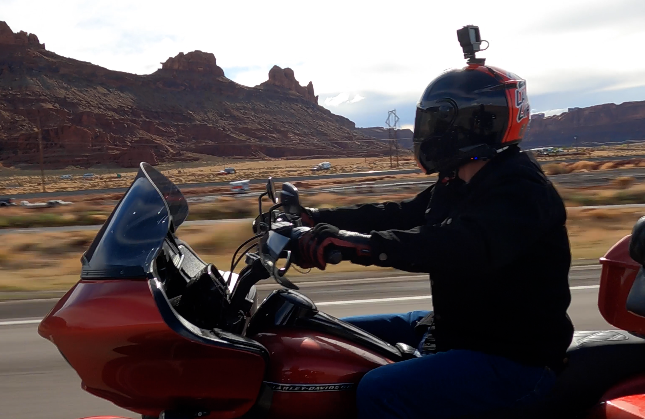 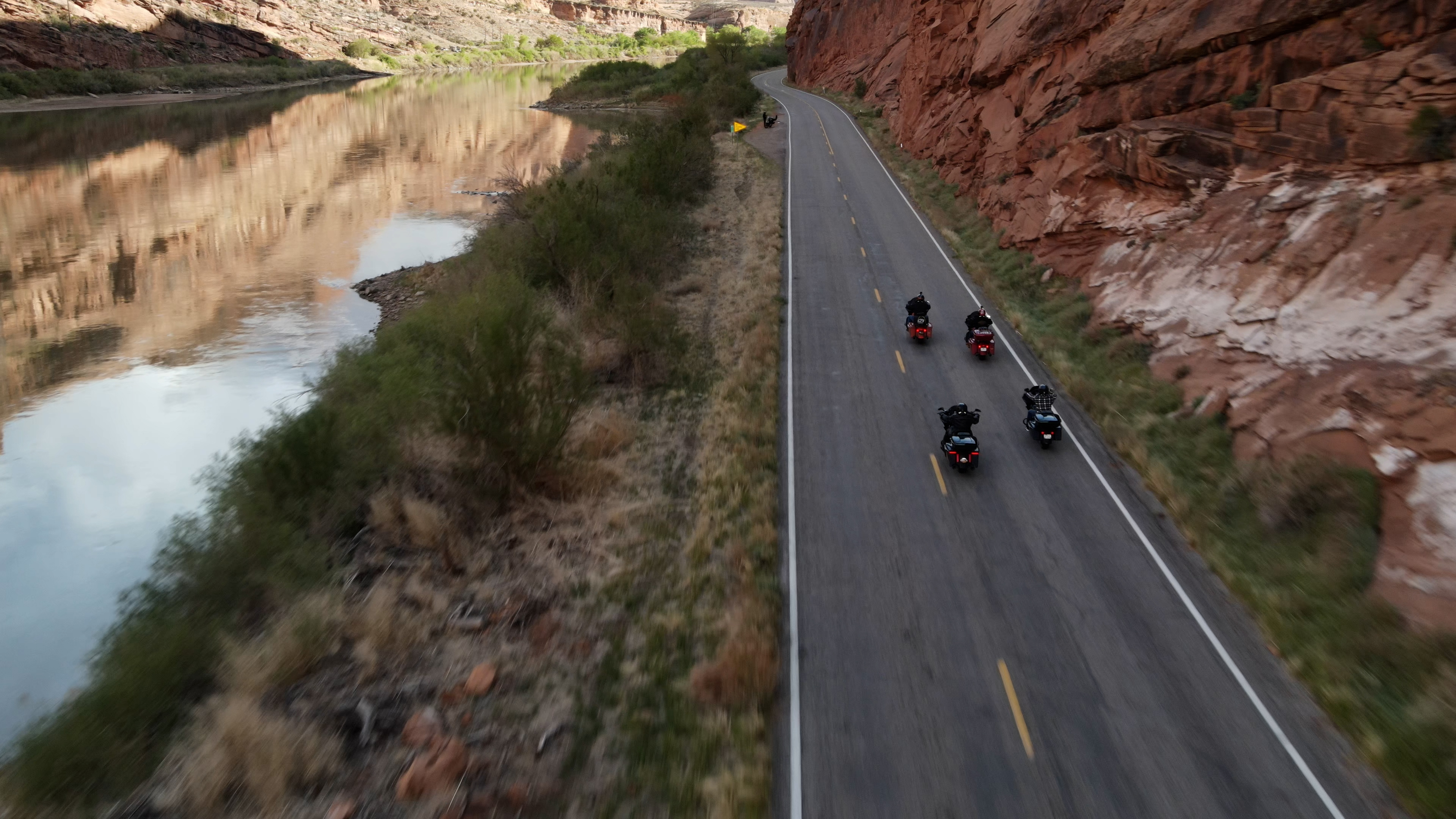 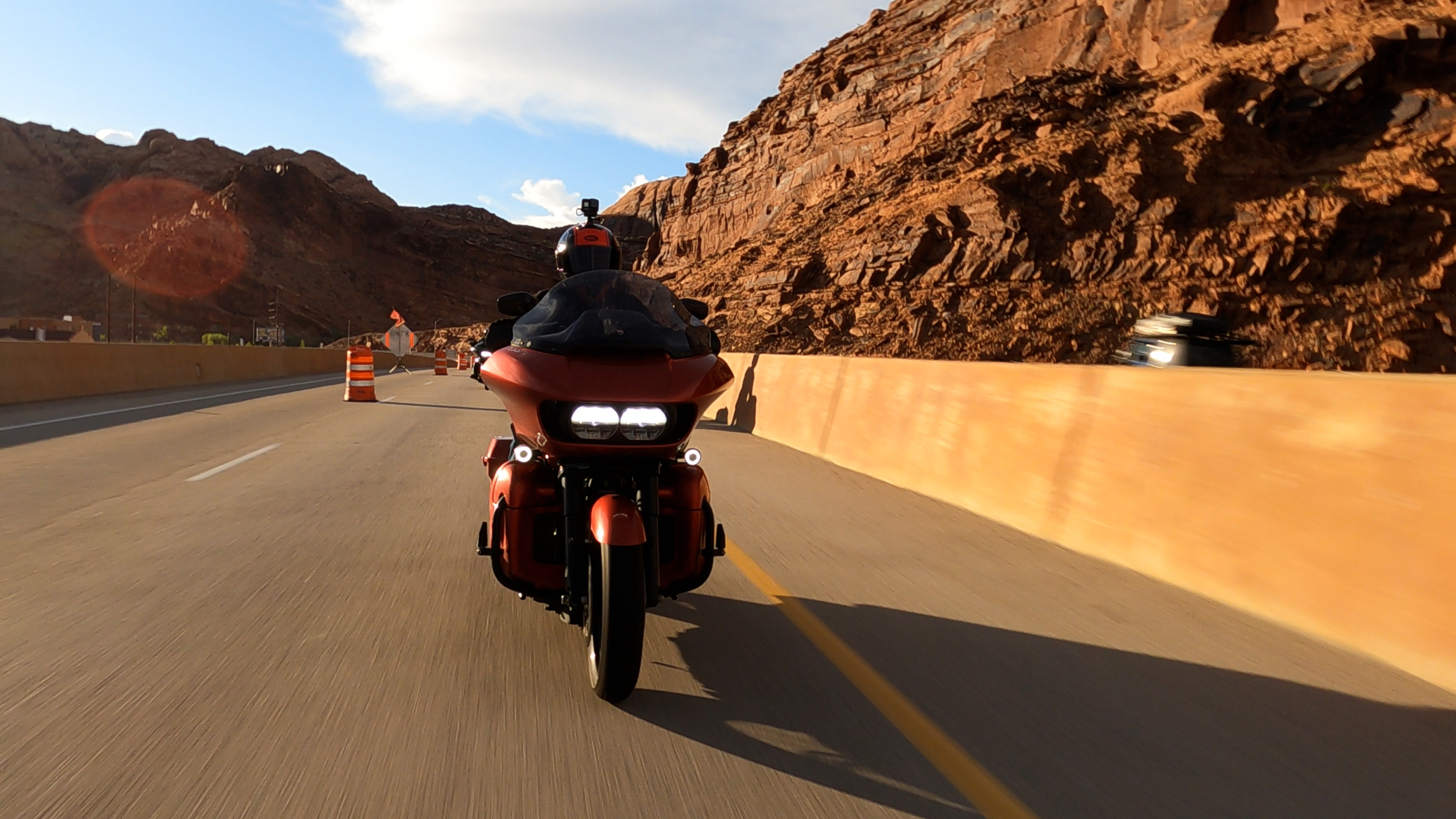 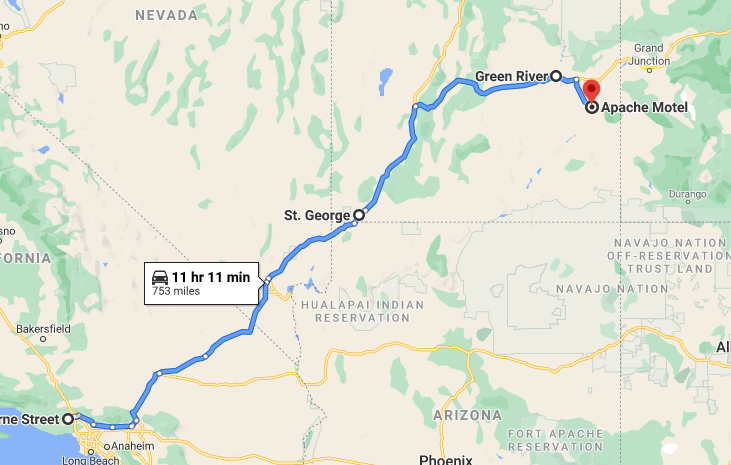 While we were going to take more back roads, the weather did not permit, but this route was still a great time, and we got to see some amazing views along the way! Always make sure to check road and weather conditions before traveling!

All in all, it was an awesome day of riding, and we hope you guys enjoyed following along! Up next we've got something a little different while exploring Moab, so stay tuned!