A Great Ride through Idyllwild & More!

It's been a while since we've gone out on a multi-day trip with the wives, we we figured there was no better time to get back out and do it again! We've never taken them through Idyllwild before, so it was great to be able to share the epic Highway 243 with them! We got off to a bit of a late start after doing a live stream at the shop, but we eventually picked the ladies up and got on the road! 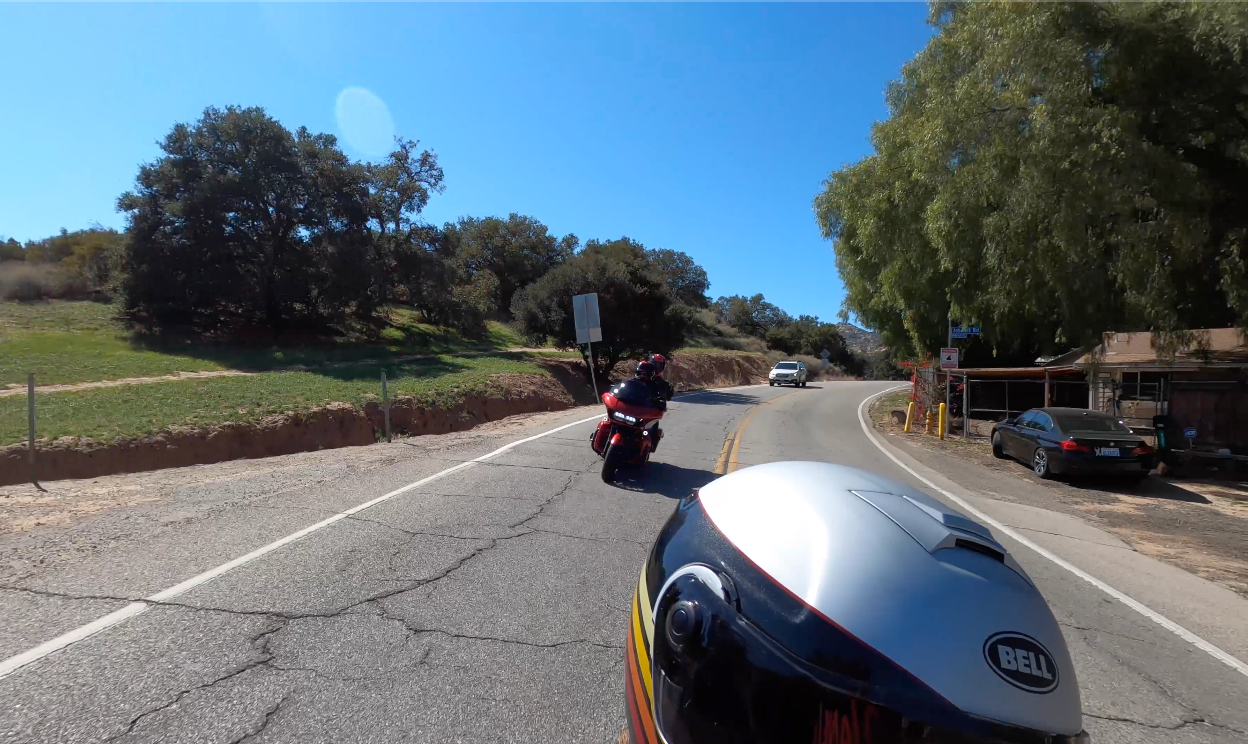 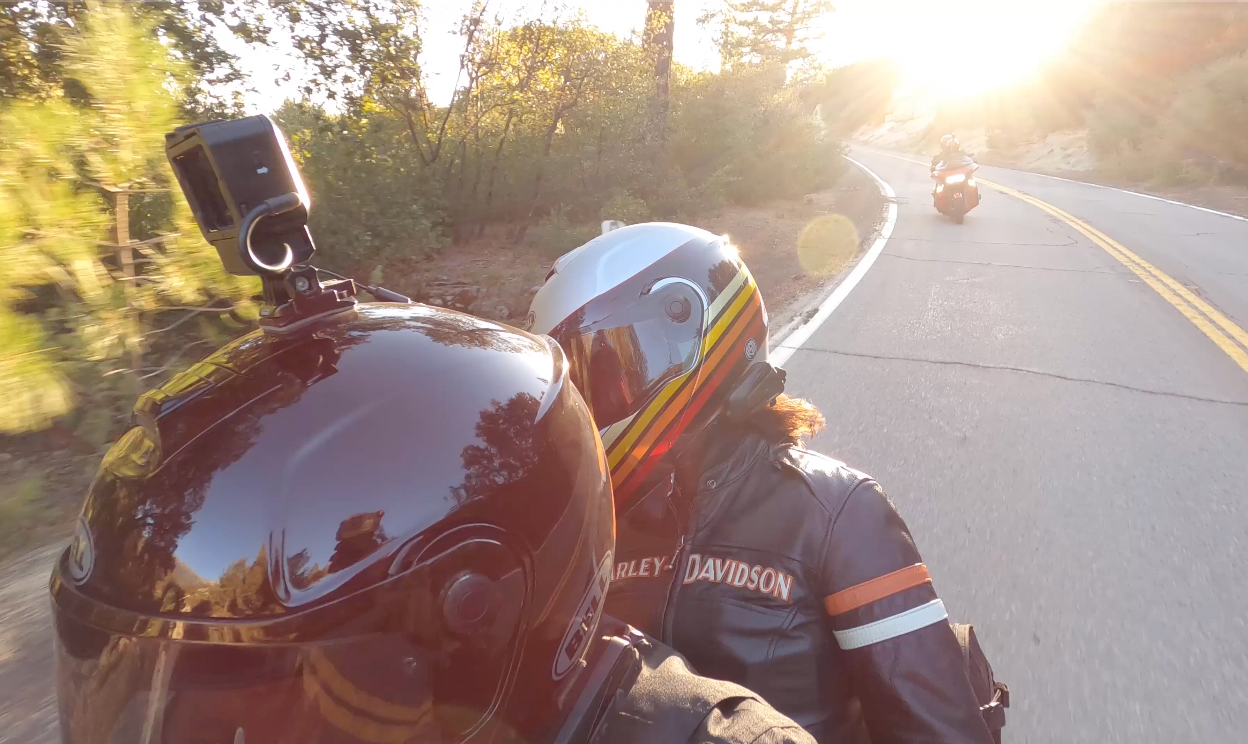 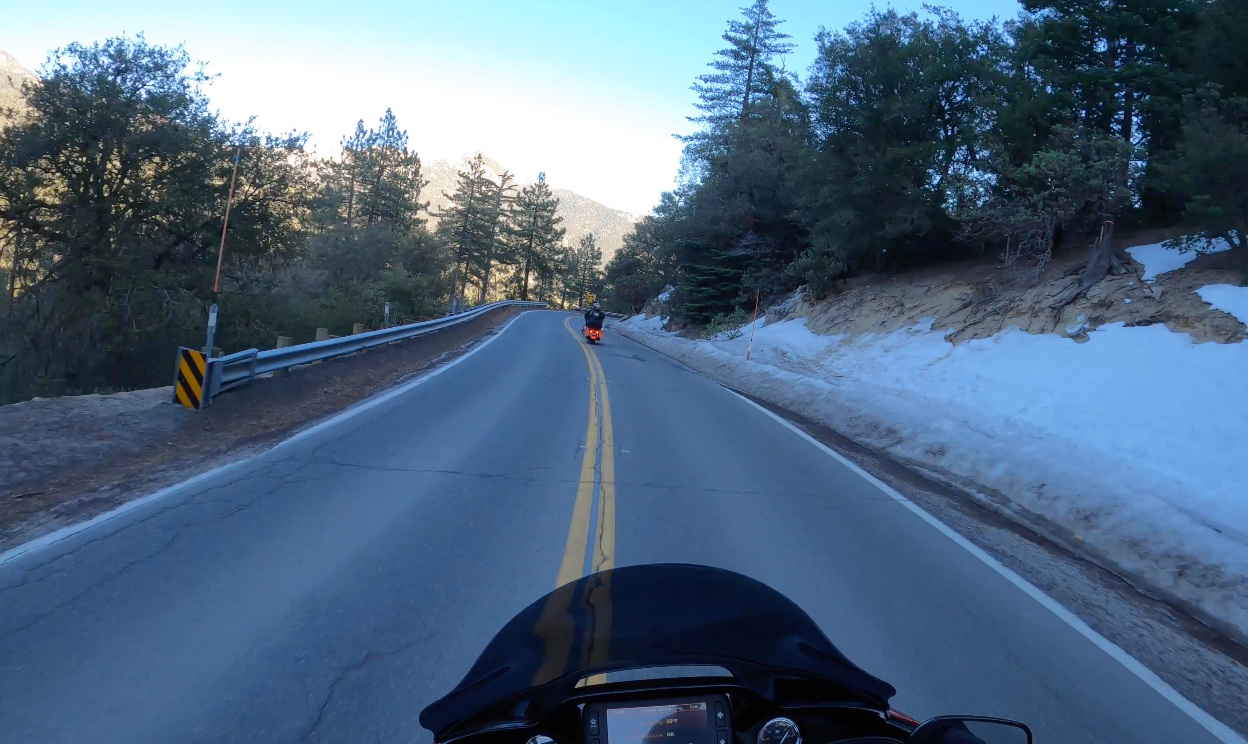 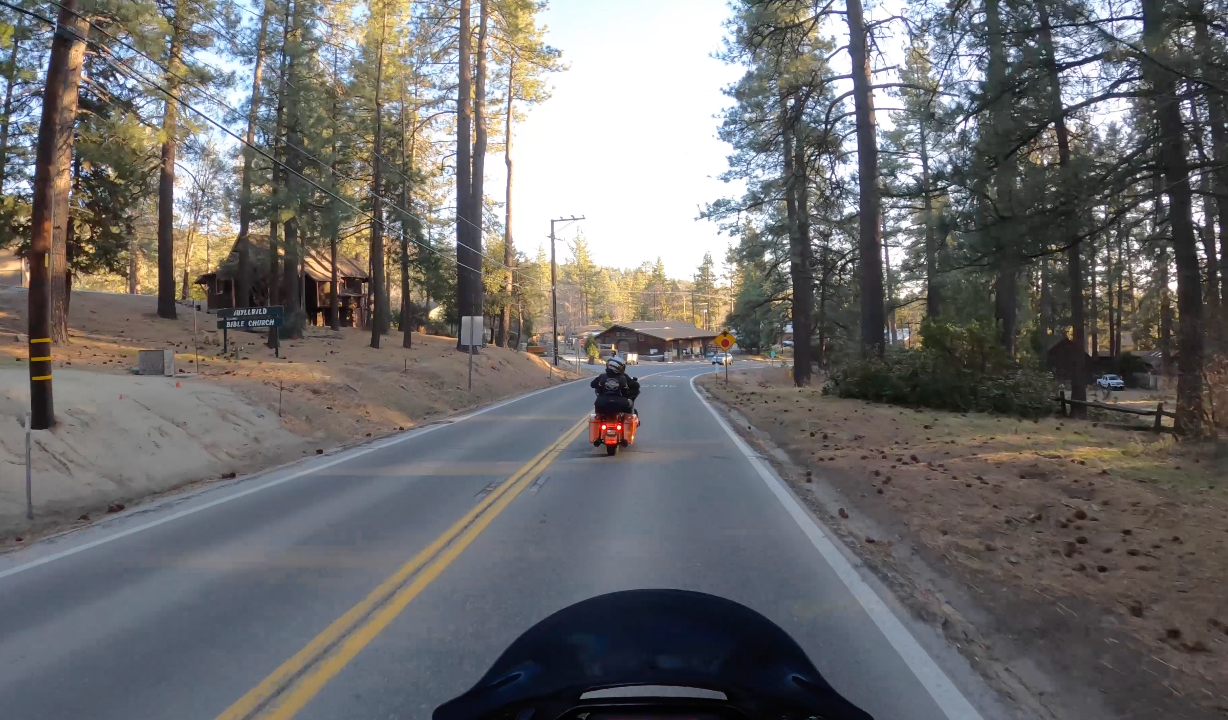 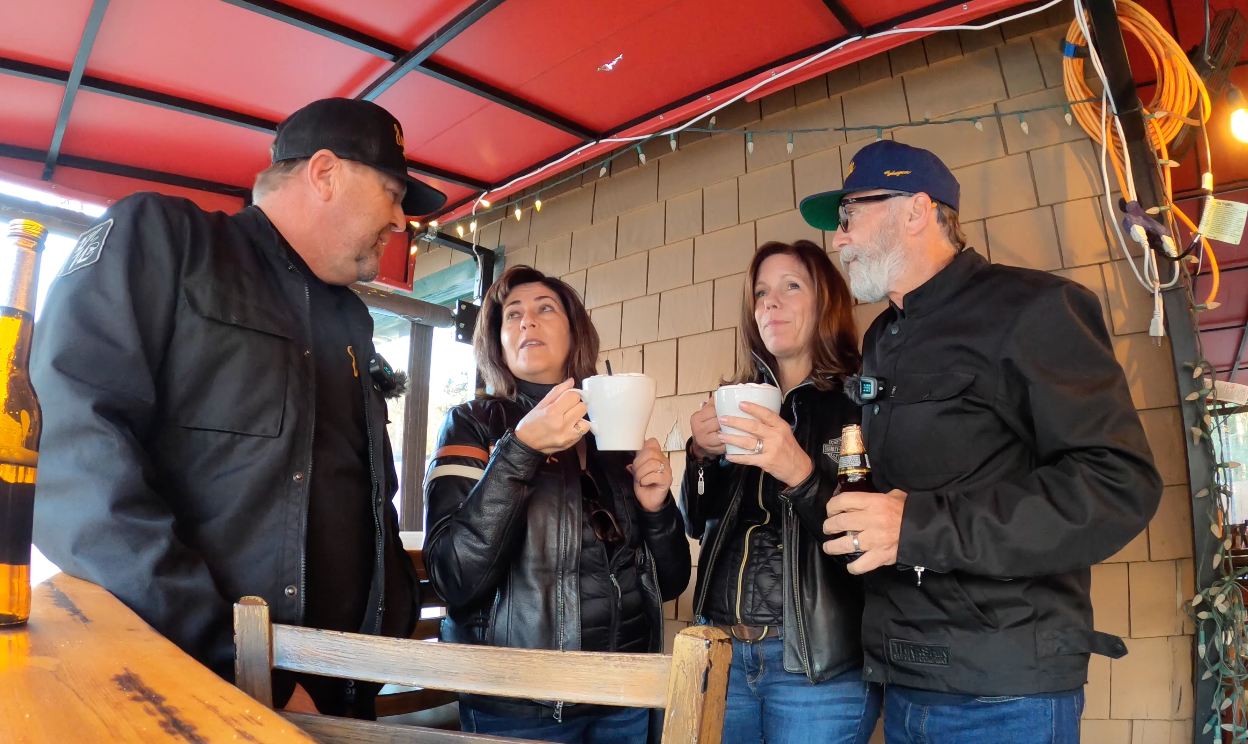 We started out at Lance's house, took a cruise by the Chatsworth Reservoir on the local 2Lanes, then hopped on the 118 to head towards the 5 which would take us to the 243! We hit some traffic on the freeways, but that's just how it goes sometimes in California! Luckily, by the time we made it to the 243, also known as the Banning-Idyllwild Panoramic Highway, it was smooth sailing from there. The highway is a 30 mile stretch of 2Lane road connecting Interstate 10 and SR 74.

There are some great curves, awesome views, and lots of elevation change with drops in temperature to match! At the bottom, it was around 60 degrees, but as we entered into Pine Cove at 6,000 feet, it had reached about 50 degrees. The bikes were loving the cool temperatures and the motors hummed as we cruised through the scenic mountains on our way to Idyllwild.

The sun was breaking through the pines, reflecting off the patches of snow on the side of the road, and the four of us were just having a great time riding through the crisp mountain air. Seeing such a drastic change in scenery between the desert floor and the climb up to the pines was a great experience. Usually, changes like this take some time in the saddle, but within miles we were already in a whole new landscape.

Located in Southern California's San Jacinto Mountains, Idyllwild is a cool little town nestled in the pines and has been a popular tourist attraction for quite some time. Full of great restaurants, cafes, and shops, it's definitely a great place to spend a weekend. Not to mention their mayor is a dog...literally! Idyllwild has no incorporated government, the elected position of mayor is ceremonial, with the mayorship of the community being entrusted to Mayor Max, a Golden Retriever. Who wouldn't want to spend some time in a town run by a golden retriever?

We hopped off of the bikes and walked across the street to one of our favorite spots in town, The Lumber Mill Bar & Grill. We were planning on having a nice big dinner in Julian, so we just enjoyed a drink before taking a walk around and getting back on the road. 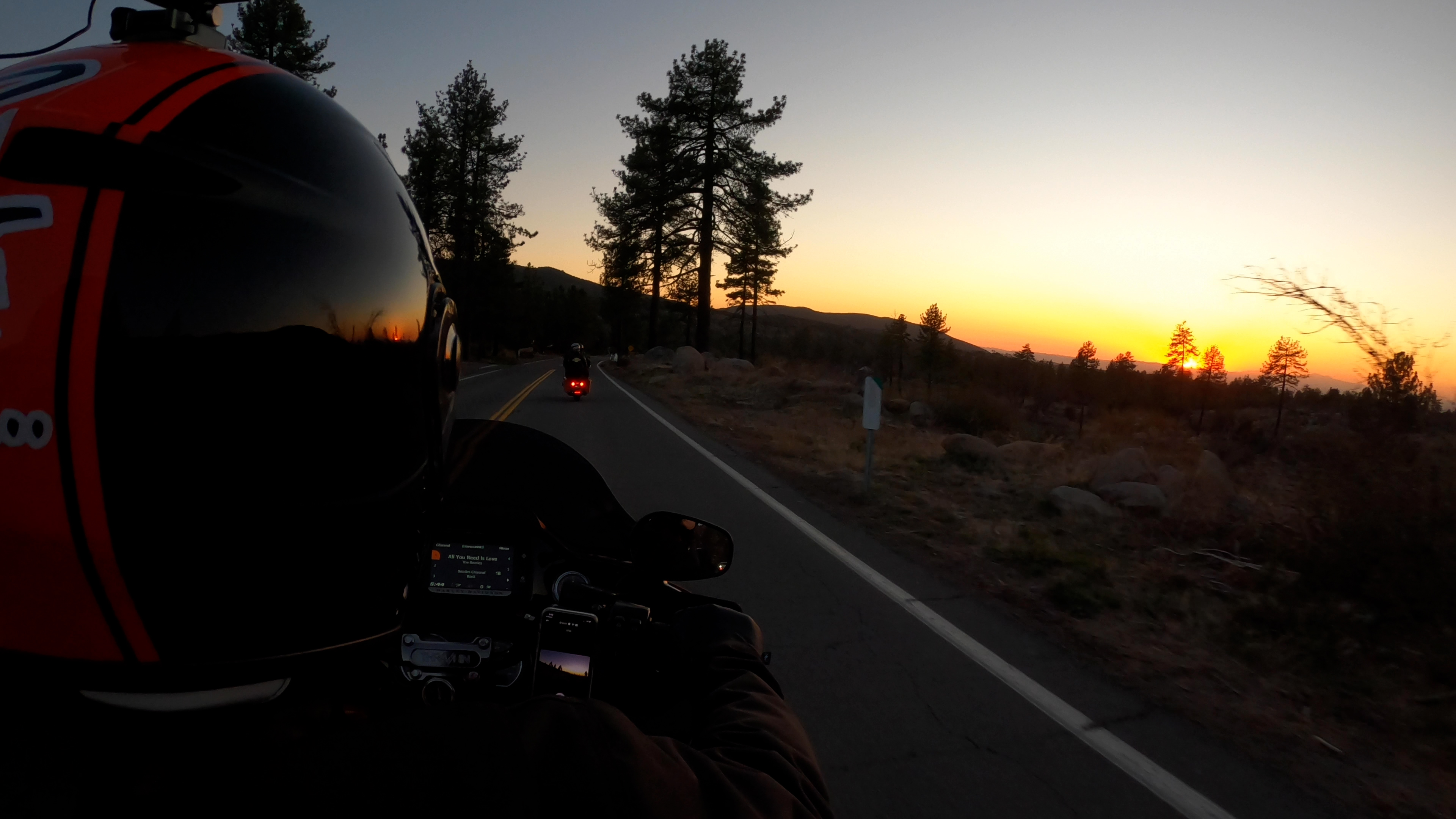 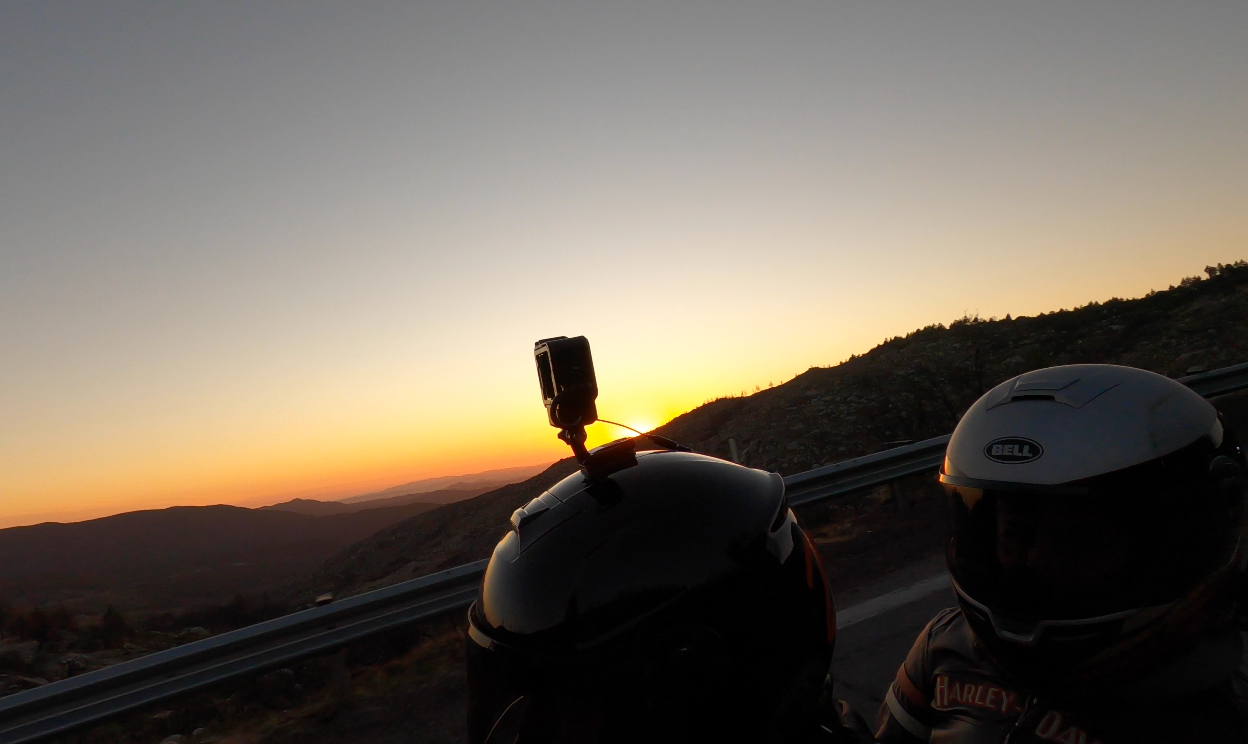 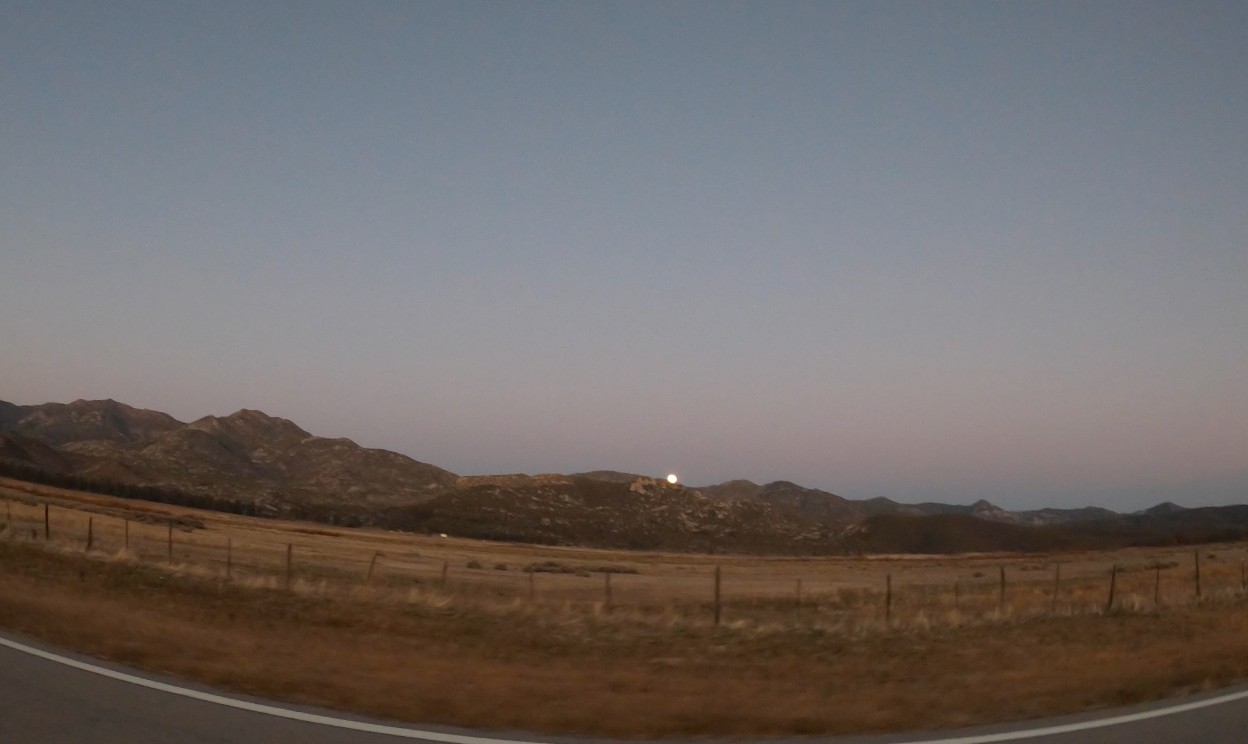 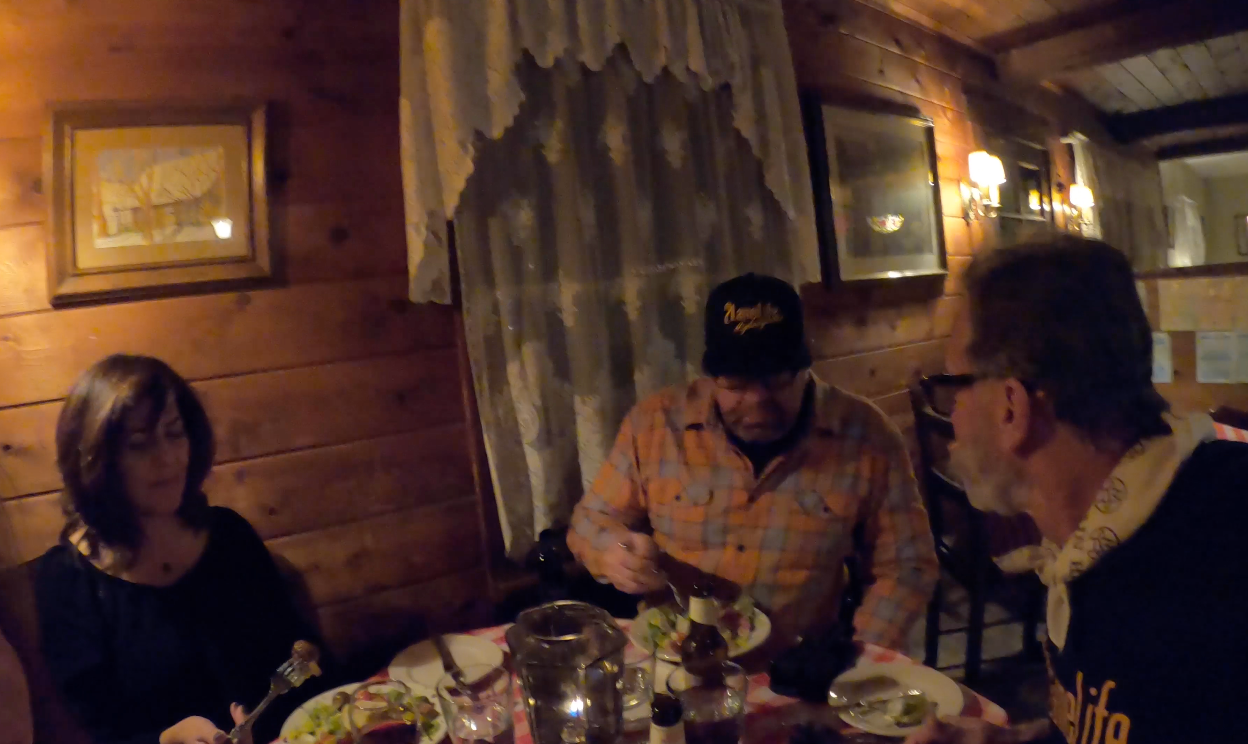 As we rode out of town, the sun was just setting over the mountains, and we were able to ride down the other side of the hill and experience an amazing sunset. The temperature had dropped to around 40 degrees, but we were just glad to be up in the mountains on the 2Lanes in good company! Whether it's a group big or small, it's great to be able to enjoy exploring new roads with good friends and just take the adventure as it comes.

It was about an hour ride through the pines to get to Julian, and every mile was a great one. As we made it over the pass into the next valley, the sun had fallen behind the mountains behind us and the moon had made it's way up into the horizon ahead. It's always kind of a wild thought seeing the lifecycle of a day pass by as you travel on the road. Seeing all of these places in a different light shows the unique beauty that every landscape brings during different times of the day, and it's always a humbling experience.

As we cruised down the 74, the valley opened right up and we caught a quick glimpse of Lake Hemet just before dark. The sky was glowing blue ahead with the warm sunset behind us, and we were glad to not have to do too much riding in the dark back there. There's lots of wildlife in the area, and you never know what you're gonna get!

Just down the road we pulled into Julian and checked into our stay for the night, the Julian Lodge. It ended up being a great stay, and it was walking distance from most everything in town. Starting the day a little later than expected, we didn't roll into town until close to 8pm, but luckily one of the local favorites, Romano's Restaurant was open. It was a small family-owned restaurant with some amazing Italian food, and we tried a little bit of everything. We had a good time relaxing and winding down after a nice and mellow day of riding, and went to get some rest before the next day's travels to Temecula. We stay on the move! 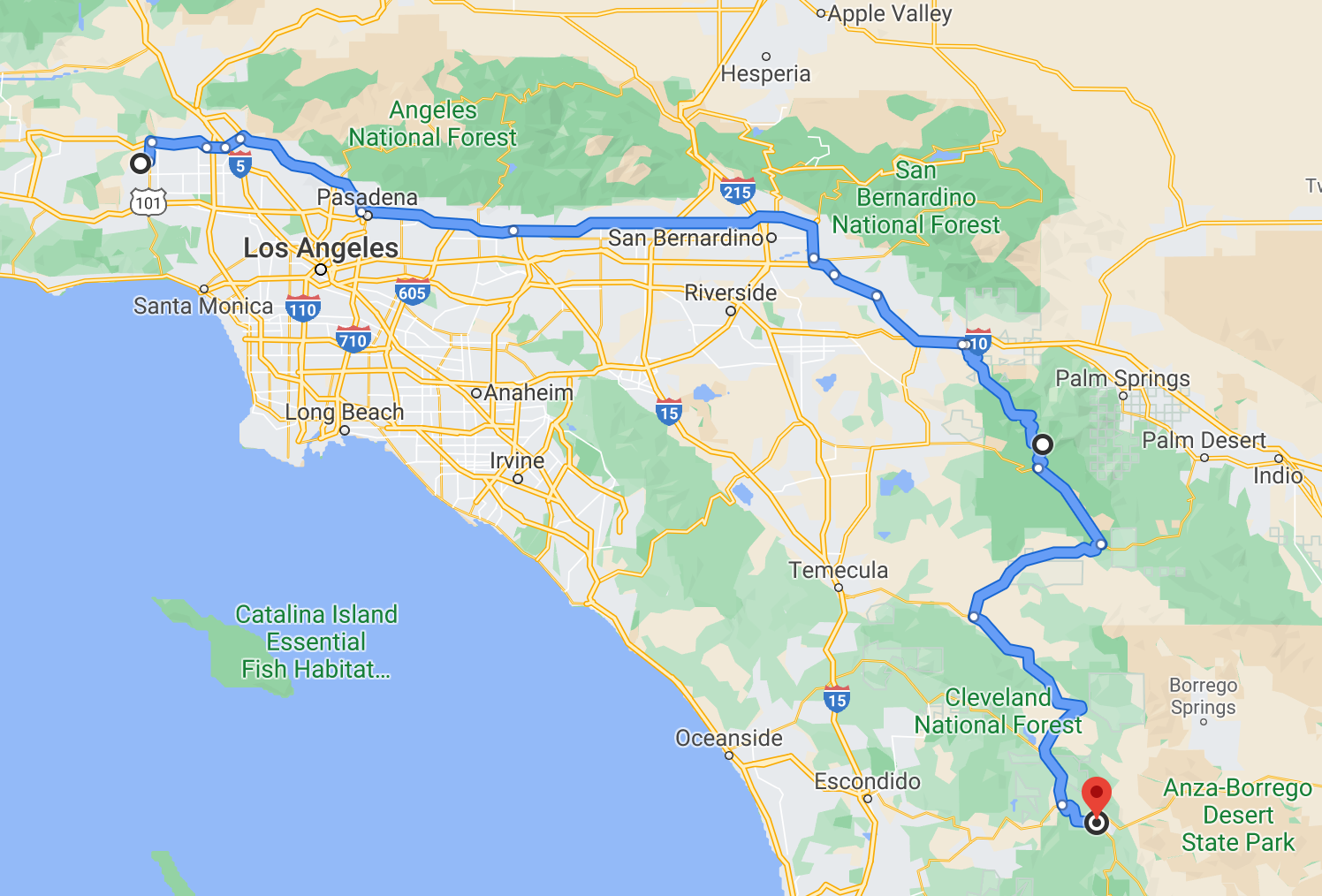 There are some great roads on this run that we think you'll enjoy! As there is lots of elevation change, always be sure to check the weather and road conditions, and travel safely!

It was great to be able to take the wives out and show them some of our favorite hidden Souther California roads! Although it was just a few days on the road, we still had plenty more to see, and were all looking forward to the adventures ahead in Temecula! We hope you guys enjoyed the ride out there!